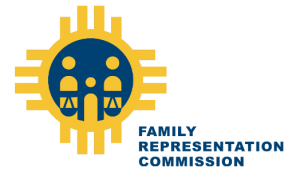 This website is intended to provide all the available information relating to creating the Office of Family Representation and Advocacy. The website will be updated as new information becomes available.

There have been numerous efforts over the years to improve the quality of legal representation for children and parents, custodians and guardians in abuse and neglect cases. The most recent effort to address this issue began with an in-depth assessment conducted by the NM Supreme Court Children’s Court Improvement Commission. The study found a number of issues including overall poor quality of representation, lack of caseload management, inadequate compensation, and lack of monitoring and oversight resulting in delays in permanency and hindrances to other positive outcomes for families.

In response, lawmakers passed a Senate Joint Memorial in 2019 (SJM10) creating the Family Representation Task Force tasked with recommending new structural and practice models for providing high quality legal representation. The Task Force completed its work with a Report to the Legislature in July 2020. The major recommendation called for the creation of the Office of Family Representation and Advocacy, an autonomous entity that would allow for independent decision-making and oversight.

In an effort to secure passage of both bills in the legislature, the Family Representation Commission has created a number of documents that provide more information, including a two-page Legislation Handout as well as Points for Contract Attorneys.

The Family Representation Commission has also developed tools for stakeholders wanted to support these bills. These include Talking Points and Key Points.

As of this writing, SB 127 was unanimously passed through the Senate Health and Public Affairs Committee on February 8, 2021. The Albuquerque Journal noted this achievement in an Article by Dan Boyd.

For more information on the Office of Family Representation and Advocacy and the legislation, contact Lindsey Fooks at aoclrf@nmcourts.gov.

Tell us about your experience with the NM Courts website